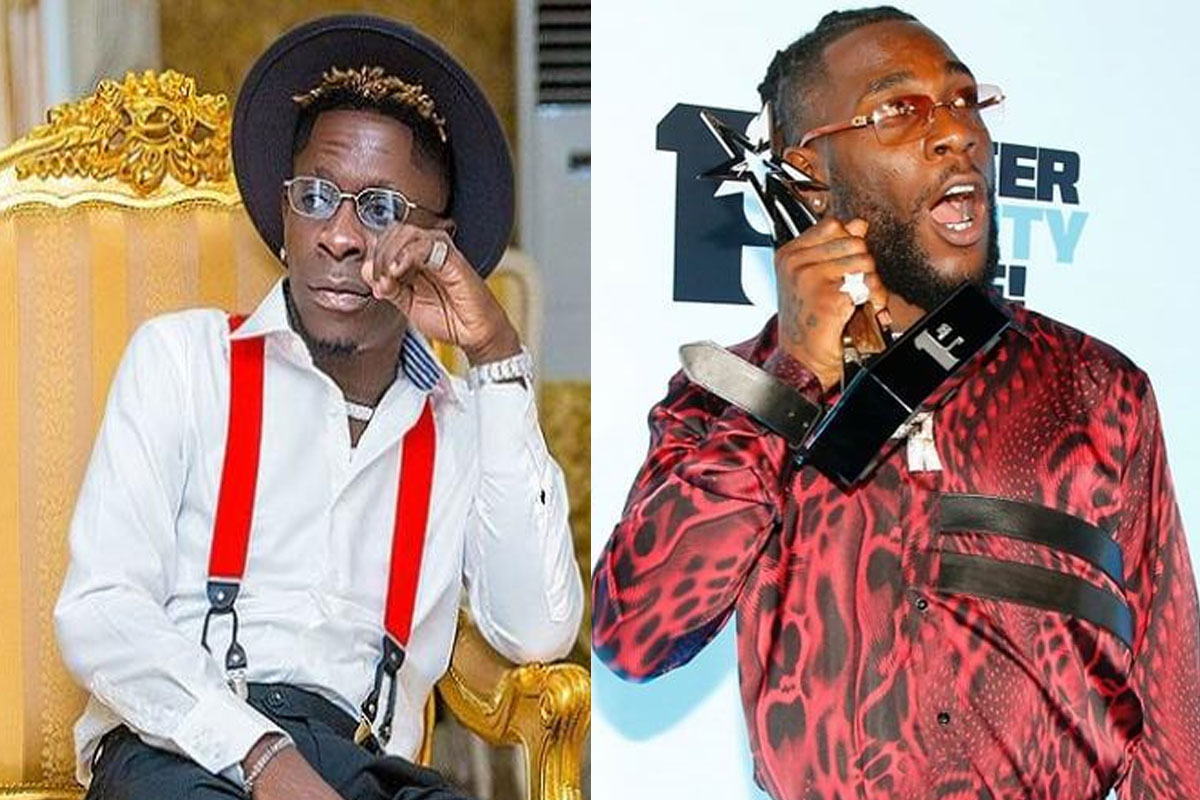 Following Burna boy and Wizkid’s Grammy Award wins last night, many people have had different opinions; some positive, some negative.

A certain Shatta Movement blogger, however, is of the view that Burnaboy could never have attained such heights if not for the help of Shatta Wale.

In a post made on Facebook, the publicist claimed that Burna Boy owed all his gratitude to Shatta Wale because, it was through Shatta’s help that Burna boy made his first hit song, ‘Hossana’.

READ ALSO:  'Everything Is Okay In Ghana So There Is Nothing To Be Fixed In The Country' - Matilda Asare

Apparently, prior to that, Burnoboy was struggling to make a name for himself in the industry about four years ago. He then begged the self-acclaimed ‘Dancehall King’ for friendship, leading to his peak in the global music industry.

“Burna Boy should always thank Shatta Wale for this Grammys award. 4 years ago, Burna Boy was struggling to make a hit song and that lead him to beg Shatta Wale for friendship which eventually gave him ‘Hossana’ song.
After that, he shot to fame and became a household name. Burna Boy could have never won Grammys if not through Shatta Wale’s help,” the Shatta Wale News publicist wrote. 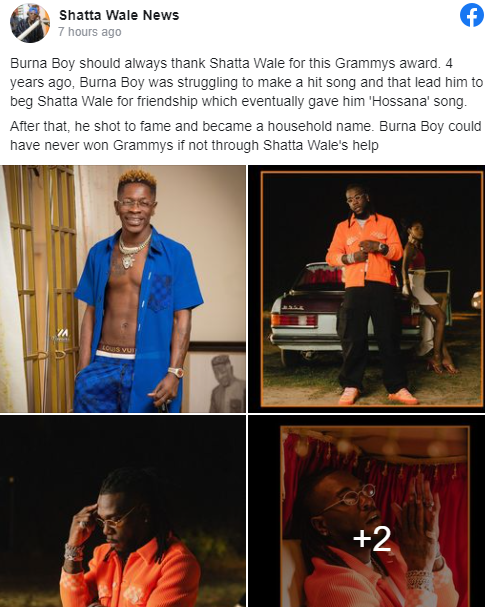 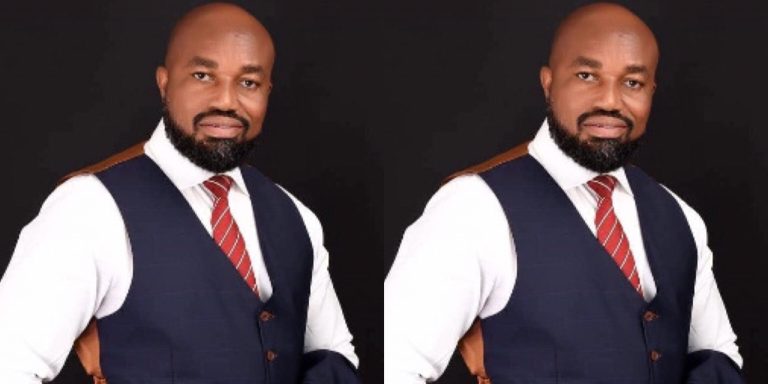 Famous Ghanaian businessman, Daniel McKorley better known as McDan has opined that Ghanaian youths are suffering in poverty because they sleep too much out of laziness. According to the Chief Executive Officer of the McDan Group of Companies, Ghana’s future leaders are far behind when compared to their mates in other countries all because of… 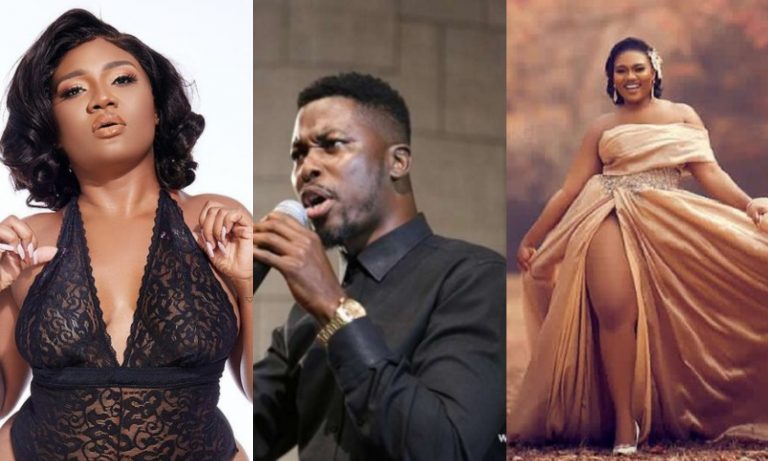 Ghanaian TV presenter, plus size model and Mental health advocate, Abena Korkor has made some new accusations against her former employers Media General and some top Personalities. In a post mad on her Instagram page, Abena Korkor accused TV3 of violating her human right and discriminating against her. READ ALSO:  She Used to Call Michy… 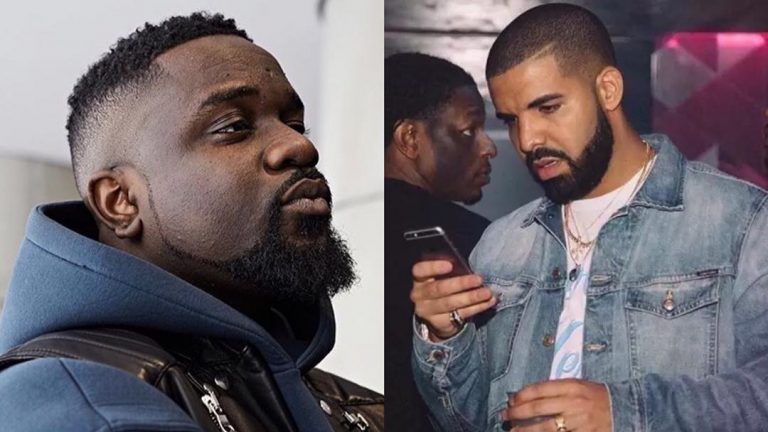 New York entertainment blog MusixXclusives has just given the hint that Ghanaian rapper Sarkodie may be featuring Drake on a project or vice versa sooner than many could have anticipated. This comes after Sarkodie released his new album, “No Pressure” which features the likes of Wale, Giggs… READ ALSO:  Tracey Boakye Busted For Editing Her… 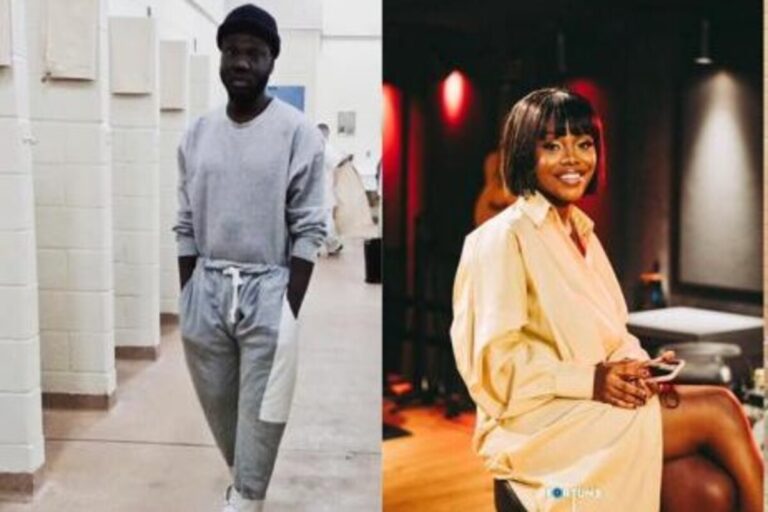 Ghana’s first Trapper Showboy has disclosed that she is so much in love with the new hottest female singer, Gyakie. The AMG Business co-founder and CEO of 2Hype Gang, has expressed his love for the fast-ring Ghanaian singer. According to Showboy, he will date the “Forever” hitmaker if he gets the chance to, calling Ghanaians…

Rev. Isaac Owusu Bempah has given a fresh doomsday prophecy regarding President Nana Addo Dankwa Akufo-Addo despite the onslaught on the Prophetic Ministry. The General Overseer of the Glorious Word Power Ministries International discussed the role of prophets and their prophecies in the development of Ghana during the 31st Night Service at his church. READ… 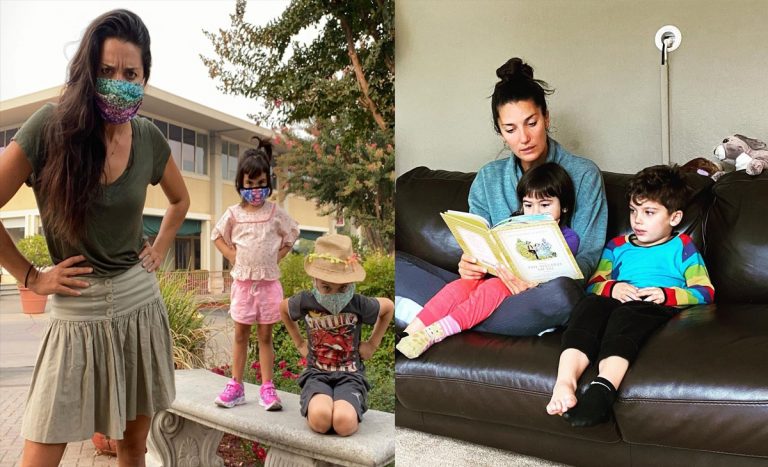