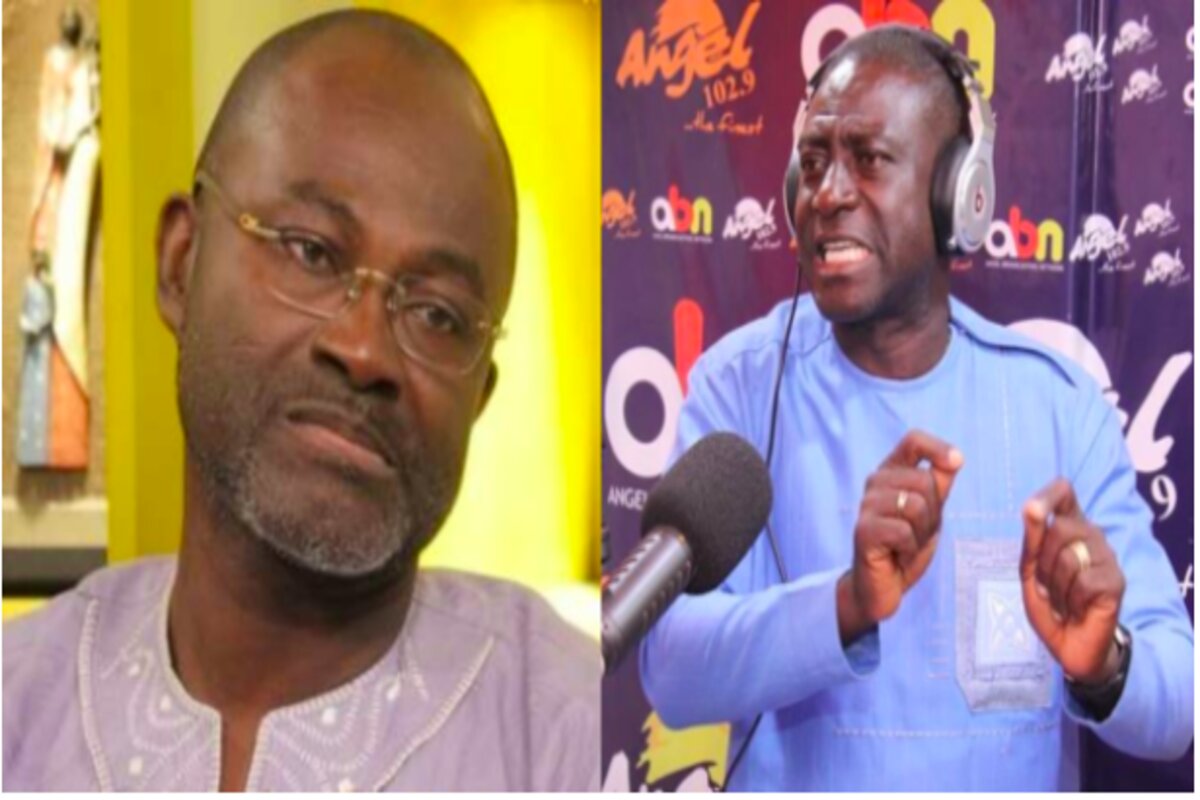 Captain Smart has finally reacted to the member of parliament for Assin Central, Hon. Kennedy Agyapong, for his many attacks on him.

Kennedy Agyapong, who claims to stand for truth and accountability, for some reasons does not want the wrong doings of his NPP government to be exposed, however, the former Angel FM presenter keeps exposing the dirty secrets of the current ruling government, so instead of bringing out the rot in government, Kennedy is decided to attack Captain Smart.

Recall a few days ago, Kennedy Agyapong on his NET2 TV descended on the broadcast journalist for being too loud.

READ ALSO:  'Ghanaians Will Continue to Suffer' - Afia Schwarzenegger On Why Akuapem Poloo Deserves No Mercy

According to the loudmouth politician and businessman, Blessed Godsbrain Smart, well known as Captain Smart, is a cheap old boy who bought his Air Conditioner worth GHS10,000 in 3 years ago, but has still not been able to pay him as he warned him to keep mute before he reveals more dirty secrets about him.

Since Captain is refusing to keep quiet, Kennedy Agyapong has decided to silence him by revealing some dirty secrets of the journalist as on the next sitting on Net2 TV, the member of parliament claims that Captain Smart was arrested in 2018 for fraud after being reported by a woman he was doing business with.

According to Agyapong, Captain Smart bought chairs worth Ghc 5,000 from a certain lady but paid with a bounced check.

The lady therefore could not retrieve the money. Kennedy Agyapong claims this led to Captain Smart’s arrest. He also showed the so-called bounced cheque that Captain Smart used.

Well, Captain smart, who is currently operating his own television “Smart TV” after his suspension from Angel FM, has reacted to Kennedy Agyapong attacks on him.

According to Captain, he has a big respect for Kennedy Agyapong because he’s the first person who brought out the Woyome case, and since that day he’s decided not to talk against the member of parliament, so he’s not going to say anything about him.

This has made many netizens believe that Captain Smart fears Kennedy Agyapong, and it’s a total knockout. 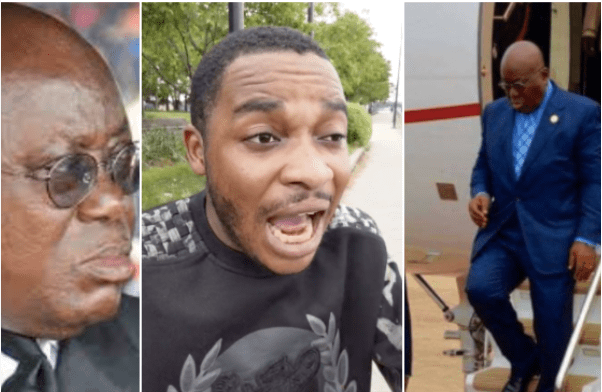 Ghana’s incumbent president in the person of Akufo Addo not long ago asserted that no Ghanaian teacher can become a millionaire as their conditions of service is nothing to write home about. He made this unwelcoming remark when the leadership of the Ghana National Association of Teachers (GNAT) paid a courtesy call on the President…

A supposed WhatsApp chat of former Black Stars skipper Asamoah Gyan and Kumawood entertainer Joyce Boakye has been leaked on social media causing a stir in the process. Instagram blogger Aba The Great took to her page and shared the screen captures of the chat between Joyce Boakye and Asamoah Gyan. From the look of… 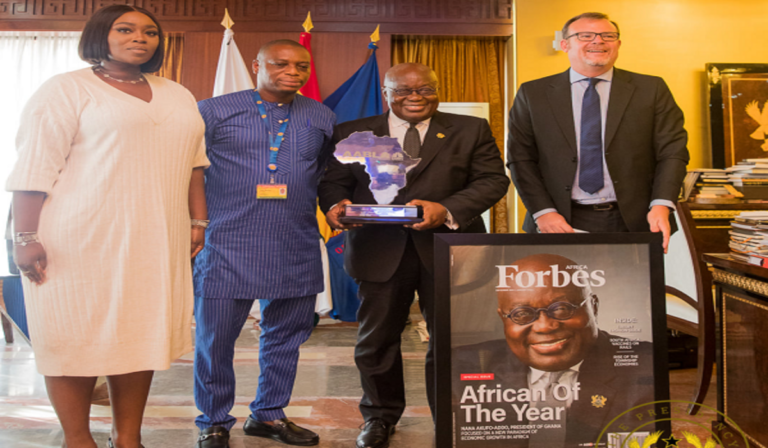 Forbes Africa Magazine, the organiser of the African of the Year award, has said President Nana Addo Dankwa Akufo-Addo was given the coveted recognition for this year for his visionary leadership and policies that are developing the country. It mentioned the Ghana Beyond Aid vision, the leadership exhibited in the fight against the COVID-19 pandemic,… 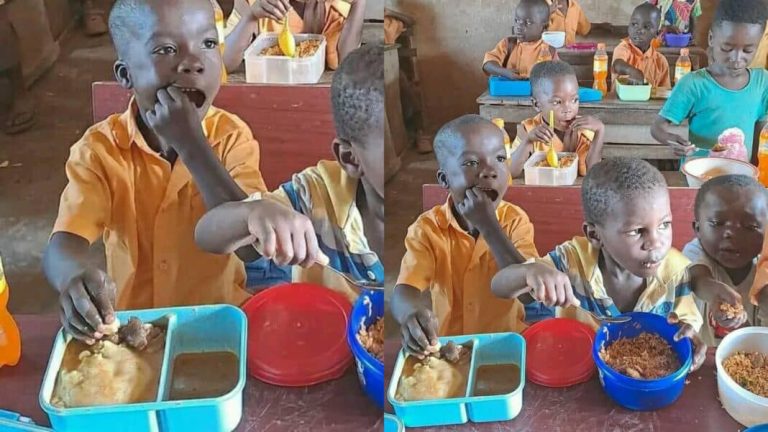 Trending Photo Of School Kid Who Sent Bowl Of Fufu To Our Day. Our Day is a local phrase in Ghana that is used to describe the closing party organized in basic schools at the end of each term. Pupils view these days as special as they are usually given special treatment by their parents,… 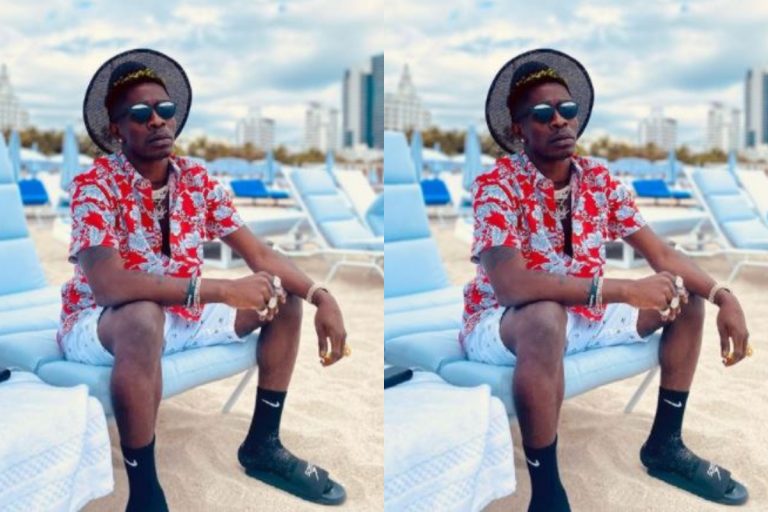 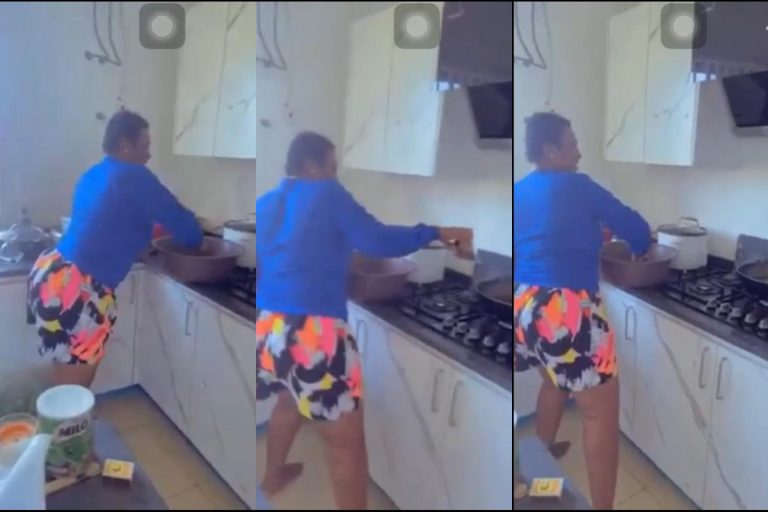 Bridget Otoo has been in the news for these past couple of days after her new employer Metro TV allegedly tried to sack her just after 24 hours of announcing her employment and her inclusion to their news team. Rumors have it that some top government officials from the Nana Addo Dankwa Akufo-Addo led administration…