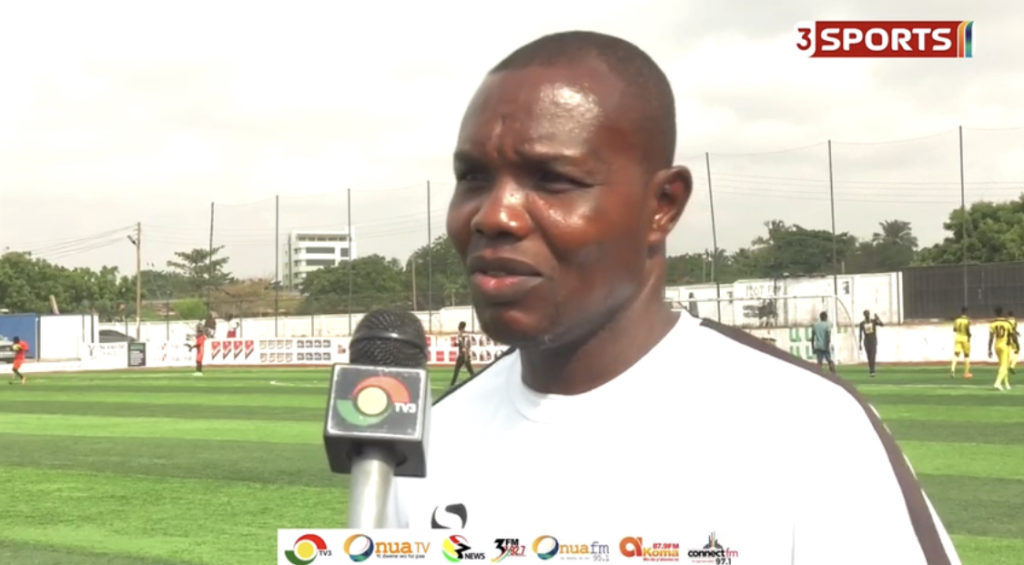 Former Ghana and Wigan Athletic goalkeeper Richard Kingson has opened up on his ambition to one-day coach Spanish giants Barcelona, claiming that the Black Stars job is not over him.

Kingson, who is popularly known as ‘Olele’ during his playing days, has been very active in the game since hanging his boots in 2015.

Now 42, the former Ghana international has made some strides in the dugout, having guided Ghanaian third-tier side Emmanuel FC to clinch the inaugural Jordan Anagblah Cup in 2019.

Despite being named goalkeepers’ coach at Ghana Premier League giants Hearts of Oak, the former Galatasaray and Blackpool FC custodian is dreaming of leading the Black Stars to the promised land when given the opportunity.

He claimed that coaching the four-time Africa champions will not be a stern task for him as he holds even a greater ambition of leading Spanish and European giants Barcelona.

Kingson bragged that there is no pressure in handling the Ghana national team, describing it as coaching a Division One or Two side.

Kingson netted one goal in 90 caps for Ghana.

He scored that goal in a friendly – a late equaliser in a 1–1 draw against Tanzania.

Kingson played in two FIFA World Cup tournaments (2006 and 2010) for the Black Stars. 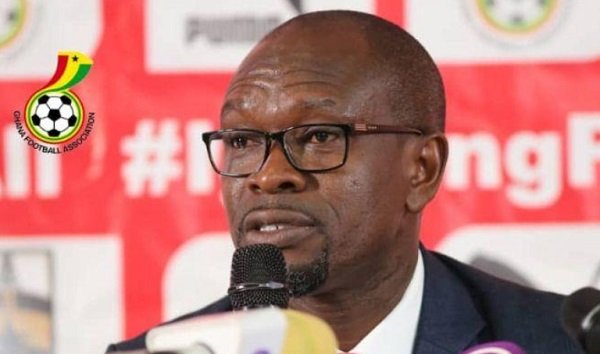 As the 2021  Africa Cup of Nations is scheduled to start in January, Ghana coach Charles Kwabla Akonnor is hoping European clubs will release players for the tournament. The AFCON which was held in the summer of 2019 in Egypt has been scheduled to take place in January 2022. READ ALSO:  Thomas Partey’s Injury Doesn’t…

Bankroller of King Faisal Babies, Alhaji Karim Grusah, has warned politicians to stay away from Black Stars matters after issuing warning to the GFA over coach C.K Akonnor’s future. On Friday, former Member of Parliament for Tema East, Titus Glover dared the Football Association to try and sack coach Akonnor and see the consequences. “I… 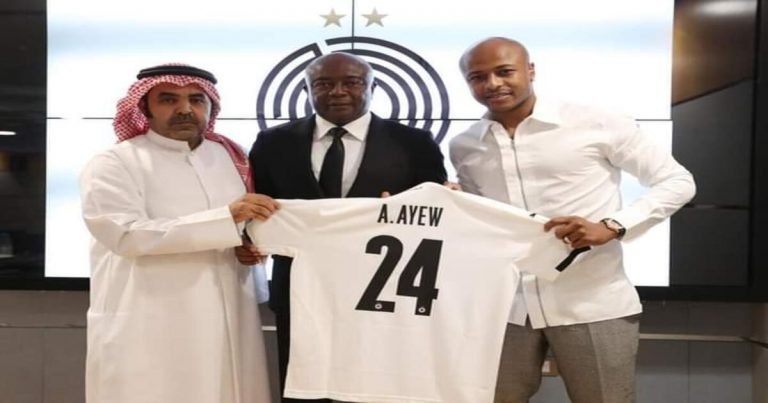 Ghana international, Andre Ayew has revealed why he joined Qatari side, Al Sadd. The 31-year-old completed a move to the Asian country on a three-year deal as a free agent. According to the former Swansea and Marseille talisman, he is joining Al Sadd to continue his father’s legacy and to win trophies. READ ALSO:  Ghana… 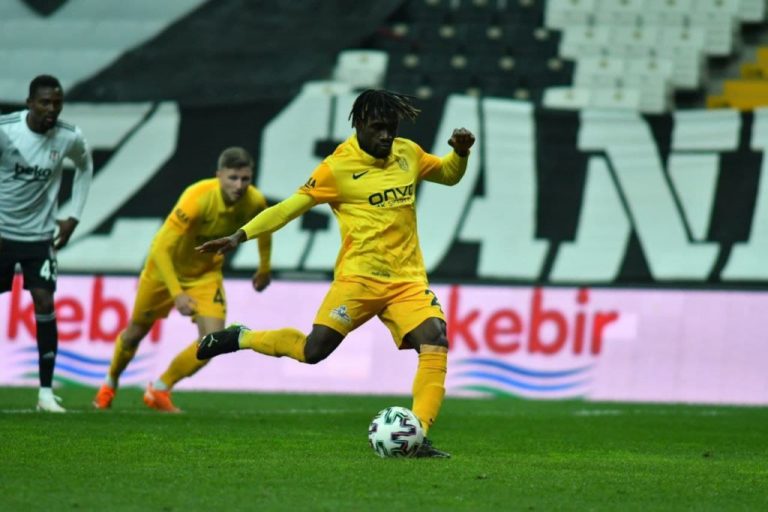 Joseph Paintsil scored the consolation goal for Ankaragucu in their 2-1 reverse at Yeni Malatyaspor in the Turkish Super Lig on Sunday, 25 April 2021. The Ghana international converted a 93rd minute penalty to half the deficit for the visitors at the Malatya Stadyumu. READ ALSO:  Thomas Partey’s Injury Doesn’t Look Good – Manager Mikel… 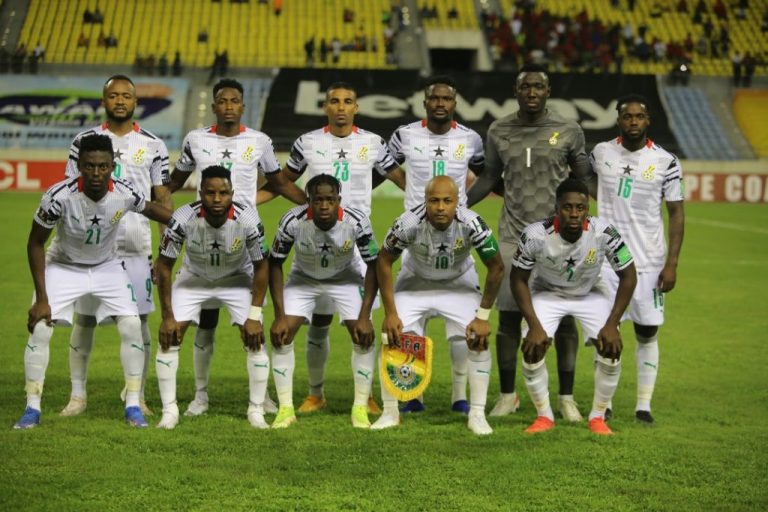 The Black Stars of Ghana have dropped on the latest Coca-Cola- FIFA Ranking for the month of September after losing to South Africa in the 2022 World Cup qualifiers. Charles Kwablan Akonnor left the Black Stars job with the side dropping from their usual 52nd position to the 53rd position in the latest ranking released… 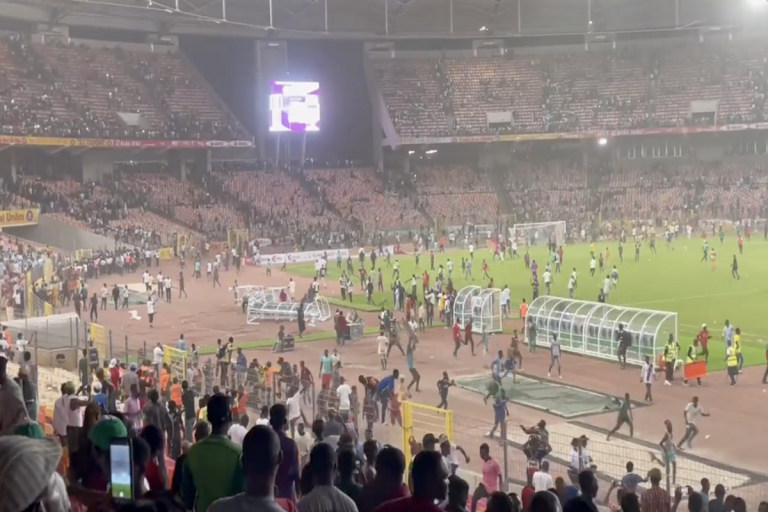 Some Angry Nigerian fans have destroyed part of the Moshood Abiola National Stadium in Abuja after Ghana Eliminated the Super Eagles from the World Cup Qualifiers. The Black Stars of Ghana has qualified for the Qatar 2022 FIFA World Cup after holding the Super Eagles 1-1 draw in Nigeria. READ ALSO:  Ajax Star Mohammed Kudus…