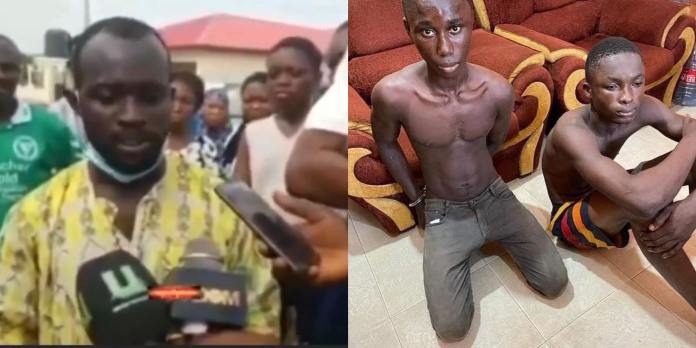 The father of one of the suspected killers in the Kasoa ritual murder has narrated what actually happened yesterday, April 3, 2021.

He said his wife gave birth to a newborn baby — who is just 3 months. So he was at home nursing the child when his wife went to fetch water.

So while at home, his son (who’s one of the suspected killers) came to him to report that his friend (the other suspected killer) has killed Ishmael [the deceased] and dumped his body in an uncompleted building.

Alarmed by the news, he went to the place to find out what happened. So upon reaching the building which is full of grass, he realised that blocks were packed at a particular place.

So after moving the bricks, he saw that there was a lot of blood on the floor.

Since he’s a mason, he went for his shovel and dug the ground only to find out that there was a body of a boy buried there.

By then, his wife returned from where she went to fetch the water so he called her to identify the body of the deceased and she mentioned that he’s the son of one Hajia who lives in the area.

READ ALSO:  Ghanaians Descend On President Nana Addo Over His Silence On the Kasoa Murder But Sent A Tribute To Prince Philip

The man said he then asked his son to narrate how everything happened. In narration, the little boy said he was playing a game with Ishmael (the deceased) when the other suspected killer came to tell him to go and call Ishmael for him.

So he went and called Ishmael and just when they reached the building, the other guy hit him with a stick which made him unconscious and he died on the spot.

READ ALSO:  Last Video Of Ishmael Mensah Before His Death

The man said he asked his son what they were planning to use the body for and the boy replied that he doesn’t know so they were playing a computer game when the other guy sent for Ishmael and he did just that.

So he didn’t know that the other suspect had this evil plan in mind.

The man further stressed that he believes his son is innocent. 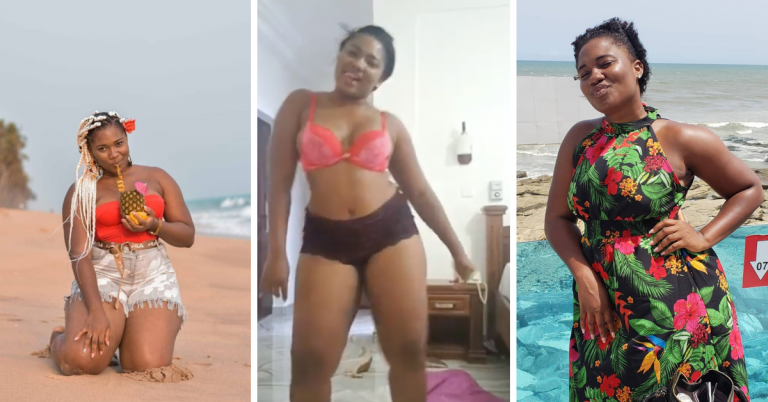 UCC girl, Abena Korkor has dropped another lingerie photo after TV3 suspended her for doing the same. It appeared on the internet about a day or two ago that TV personality Abena Korkor is at the edge of losing her job as a host on TV3 as she sobbed uncontrollably. READ ALSO:  Massive Tears Flow… 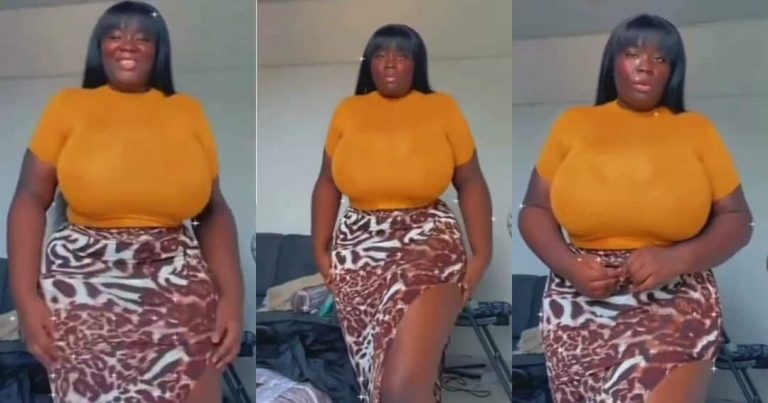 Maame Serwaa has done what she used to do at times again as she has been sighted in a new video flaunting her beauty. In the video, the multiple award-winning actress was wearing a grey bodycon shirt and complemented it with a similar colour of tight trousers while dancing to a song playing from a… 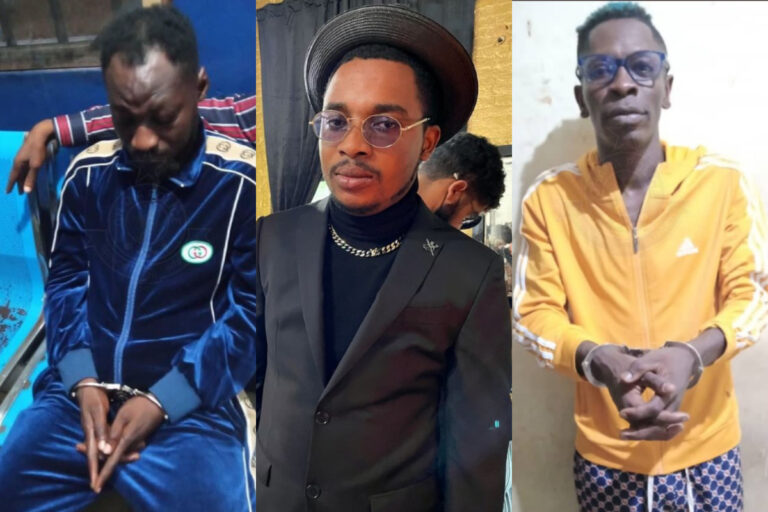 US-based Ghanaian socialite Twene Jonas has urged the newly appointed Inspector General of Police, Dr. George Akuffo Dampare, to ensure that the laws in place take on Funny Face and Shatta Wale. As per his opinion, Shatta Wale has become troublesome and puts the law in his own hands and commits a number of crimes… 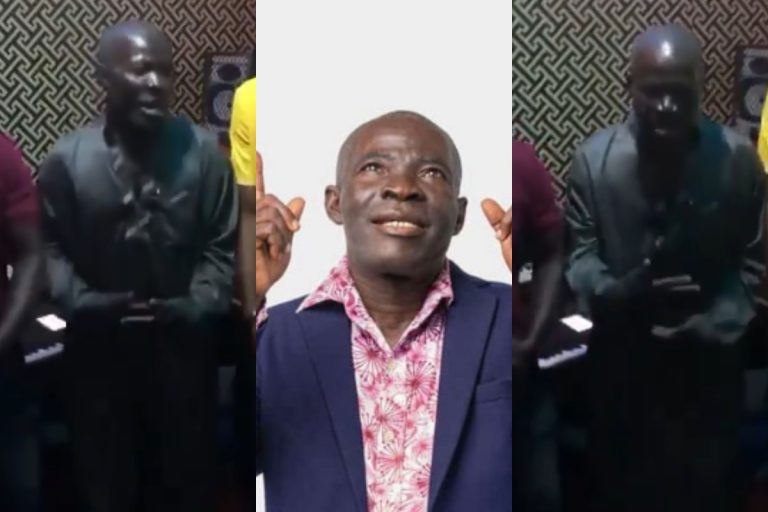 Celebrity madman, Mona Mobl3, has been spotted in a studio session rapping and dancing to the amazement of the internet community. In the video sighted on Instagram, Mona Mobl3 was seen with two others who apparently are up and coming musicians tapping into his popular slang for a song. READ ALSO:  Boys Who Killed 10-Year-Old… 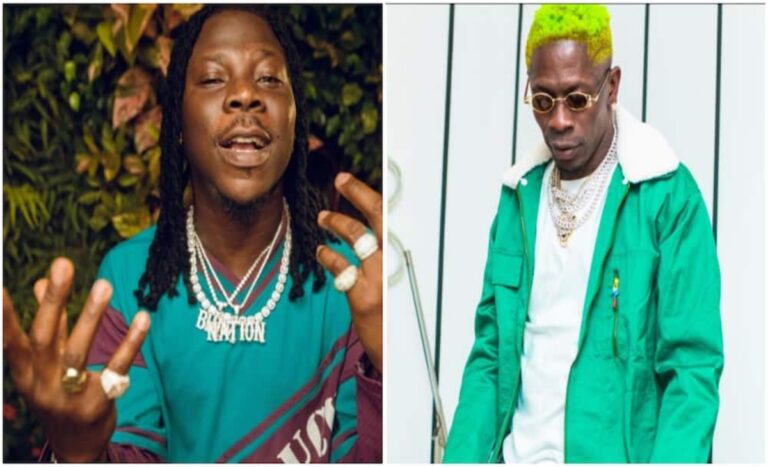 Stonebwoy has apologised to Nigerians to forgive him after his statement was taken out of context. According to the Ghanaian dancehall artist, he has been misinterpreted on the thoughts he shared, and it’s sad, as Nigerian do not owe any African country no obligation. Adding that Ghana and Nigeria are the closest friends in Africa,…