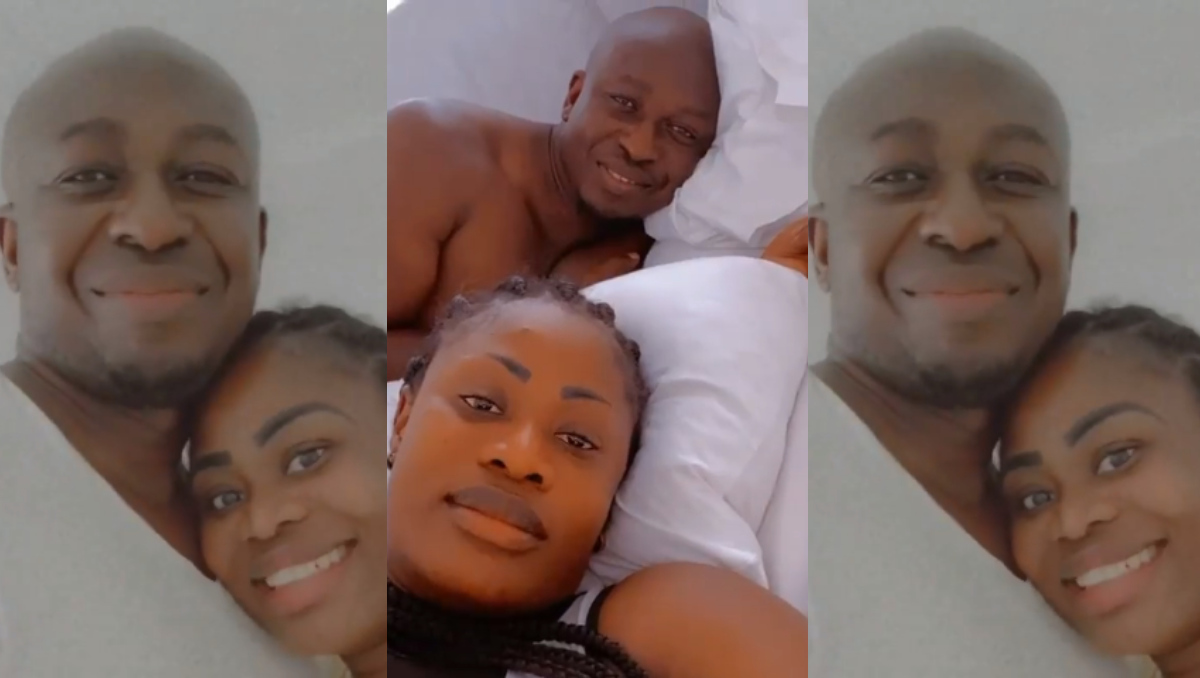 Nana Akua Addo has taken to social media and exposed a slay queen who is allegedly her husband’s side chick.

She took to her official Instagram handle and leaked a DM of the sister of her husband’s side chick warning her to leave them alone.

READ ALSO:  “How Can Someone Who’s Jobless Claim She Spend GHS30,000 On Me” - Richard Agu Finally Speaks

The lady identified as xangelpearlx called out the German-born Ghanaian model, fashion icon, actress, movie producer, brand ambassador and philanthropist for constantly hating on them because they have nothing to do with her husband.

Nana Akua Addo reacting to the message, took a screenshot of it  from her DM and shared it on her Instagram handle and called her out.

According to Nana Akua Addo, who  was crowned the second runner-up during Miss Malaika 2003 and winner of Miss Ghana-Germany in 2005, her side chick is bleeding because she wasn’t able to break her marriage.

Not long ago, Nana Akua Addo revealed that her Husband cheated on her which greatly affected her, but she is currently over it now. 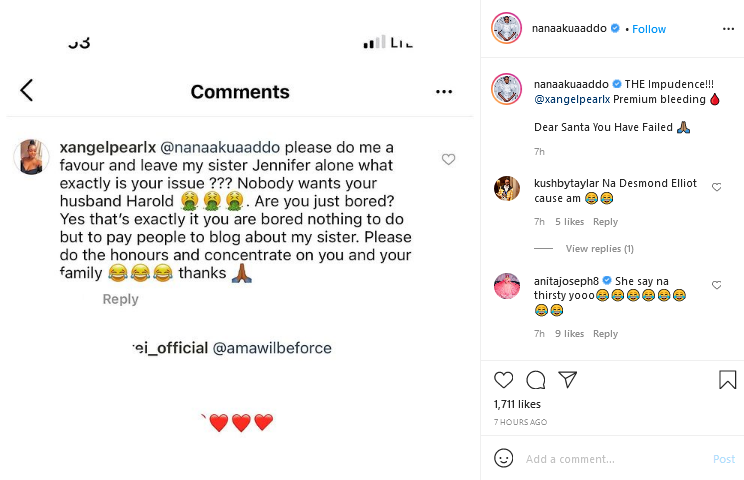 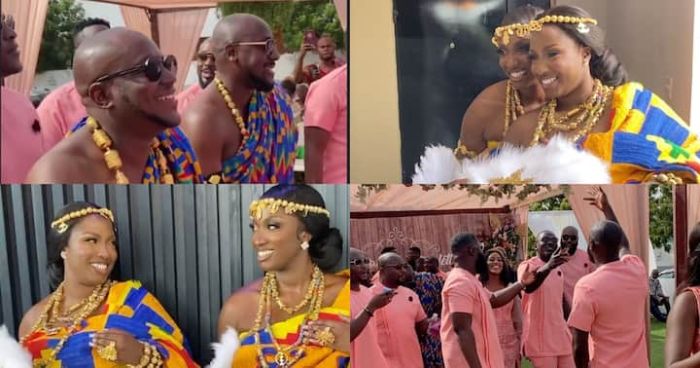 Weddings are always gorgeous, and it’s the time to in addition to the husband and wife in their finest, the gusts also show into a stylish and elegant for the celebration. There are marriages that are simple and extravagant ones that usually show all the glitz and glamour that you’d want to see in such… 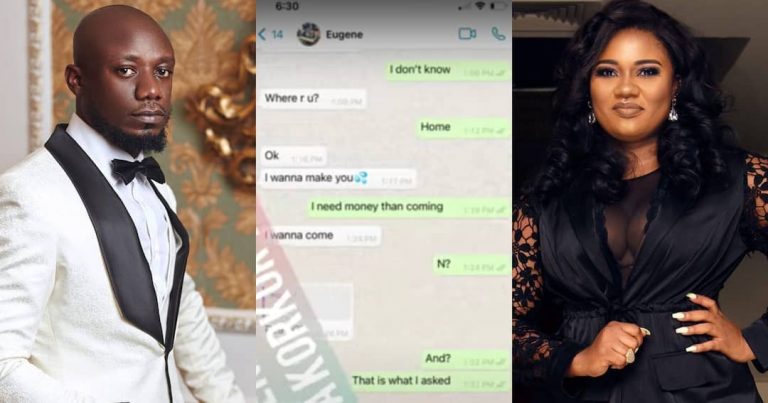 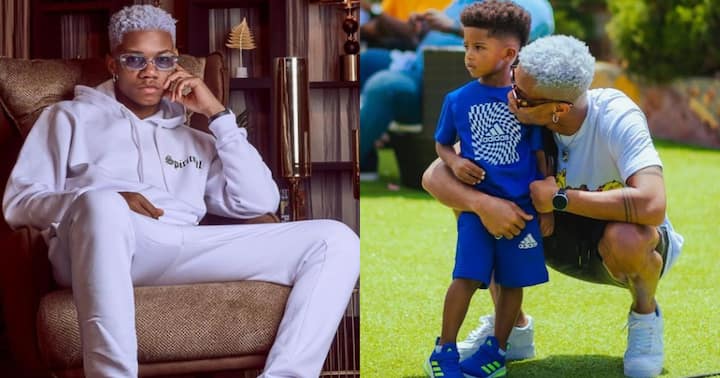 KiDi has taken to social media to share a photo of himself with his cute & tall son, Zane Dwamena, as the youngster marks his birthday. The 28-year-old Ghanaian Highlife and Afrobeats singer and his son were captured in modern outfits, with Zane sporting trendy clothes matching the colour of his footwear. READ ALSO:  Angry… 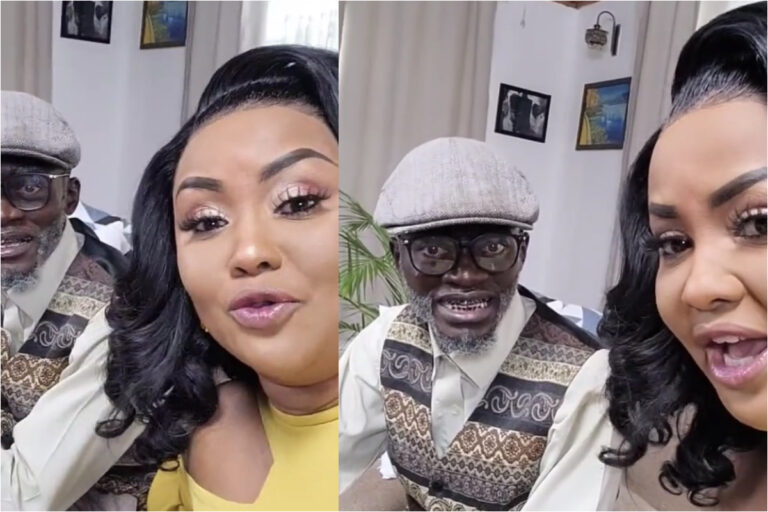 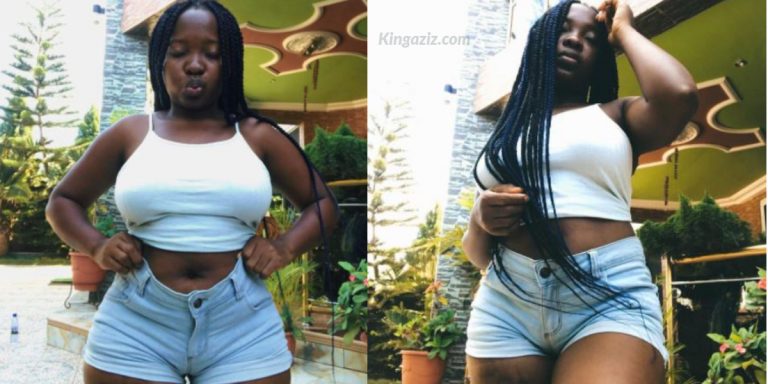 Popular Twitter girl, Akua Saucy whose nv.de videos went viral some months ago is back on social media with yet another breathtaking photos which might tempt suspecting guys to pay GHC50 to have a feel of it virtually. Akua Saucy is one of the popular Ghanaian Twitter accounts that is blessed with huge melons which…