The family of Hollywood Rapper Nicki Minaj has sued the driver who killed her father in a hit and run accident for a whopping $150m.

The suit has been filed at the New York Supreme court against Charles Polevich, the driver of the car who killed Robert Maraj the father of Nicki Minaj on the 12th of February.

The driver Charles refused to stop after hitting Robert in the accident. He then runs from the scene leading to the death of Robert.

The mother of Nicki Minaj has taken the case in court and sued Polevich for $150m. Her attorney has released a statement announcing the impending suit.

Check it out below; 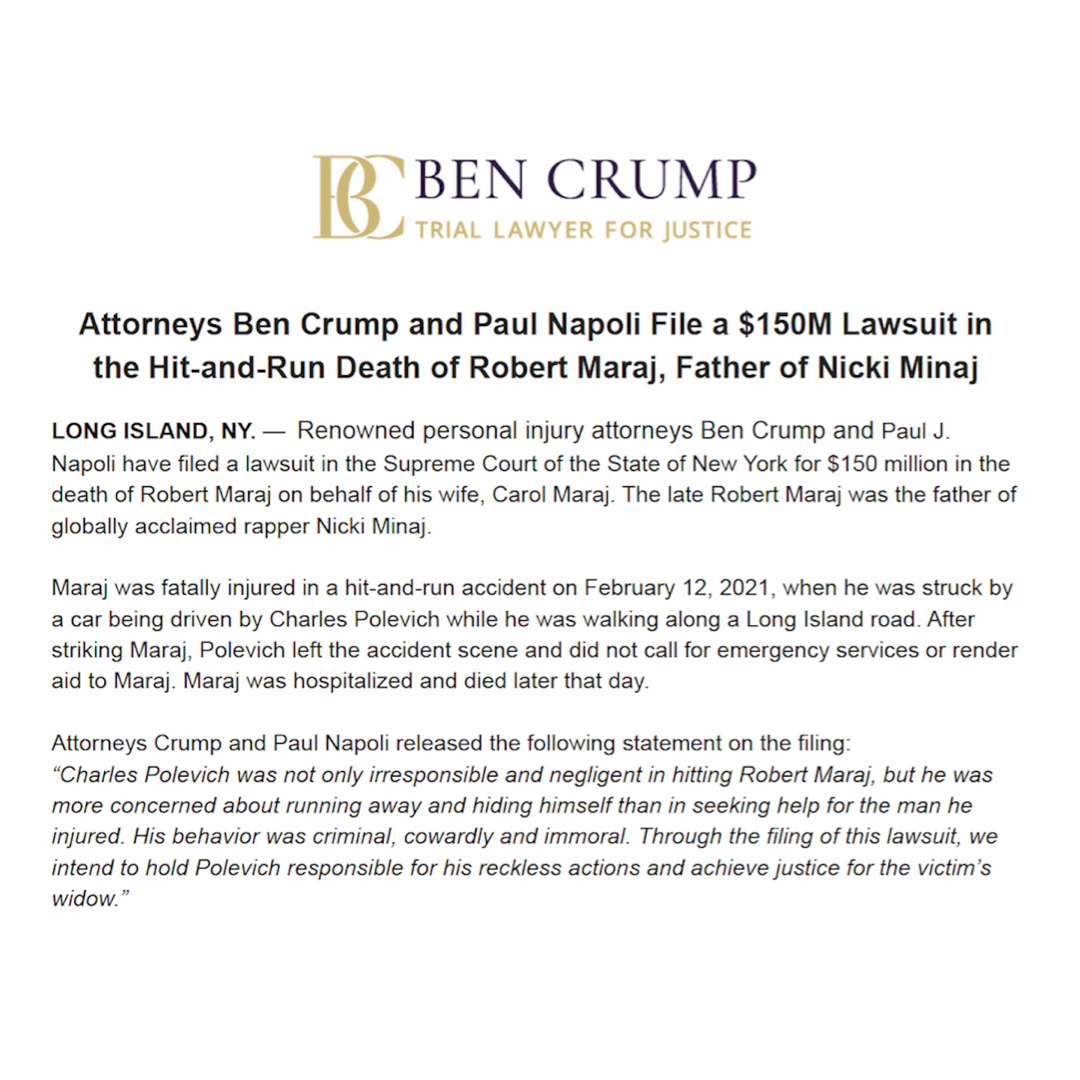