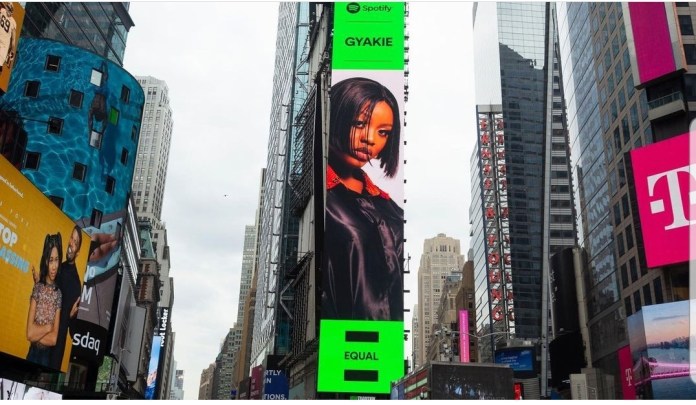 This feat of hers has landed her an appearance on a billboard at Times Square in New York.

Gyakie’s existence in the music industry hasn’t been that long but she has managed to break international boundaries with her craft.

The young Ghanaian soul singer has accomplished a great deal in her brief musical career, and she should be commended for her enormous achievements.

In a post she made on her Instagram page, the singer expressed her joy for her latest achievement, expressing her gratitude for the honor.

She wrote; “I am deeply honoured to be the first African woman to partner with @Spotify for Equal. This is huge for so many women across the continent and the entire globe…” P.S: We made it to Times Square 💛 Image by @CommonJuls

READ ALSO:  I’m In Love With Gyakie, I Will Date Her If I Get The Chance - Showboy Says From His US Prison

Meanwhile, Ghanaian radio personality, DJ Slim has said that Gyakie is overrated and a one-way artiste, thus she is lazy. According to him, the management of the singer should groom her in order to maintain her relevancy in the game.

He said that failure to listen to his advise may jeopardize the singer’s career for good. He said that he has seen a lot of musicians who refused to adhere to constructive criticism and in the end, had themselves to blame after their career sunk.

We earlier reported on Member of Parliament for Assin Central Hon. Kennedy Akompreko Agyapong being captured on camera admitting to the help he gets from the president in his attacks on journalists in the country. The Member of Parliament made some obscure disclosures about the power behind him that gives him the boldness to compromise… 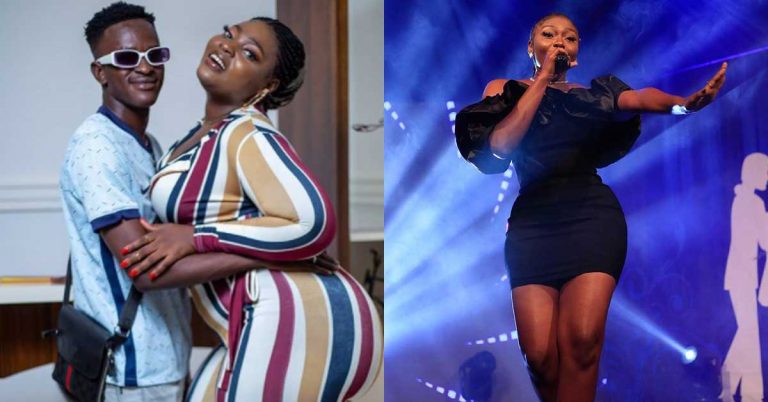 Date Rush Season 5 Viewer’s Choice Awards was held yesterday, and it was packed with fun and excitement. The slogan for the night was changed from ‘Everyone deserves Love’ to ‘Everyone Deserves an Award’ after almost every participant got himself a plaque. READ ALSO:  I’m In Love With Gyakie, I Will Date Her If I… 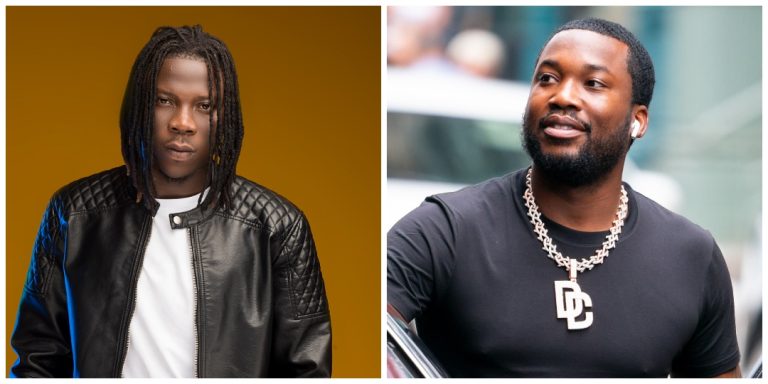 Award-winning Ghanaian dancehall artist, Livingstone Etse Satekla, known by his stage name Stonebwoy has expressed that Meek Mill shooting his music video at the seat of Ghana’s presidency is no big deal. Meek Mill angered many Ghanaians after he shared snippets of a music video he shot at the Jubilee House after a gig in… 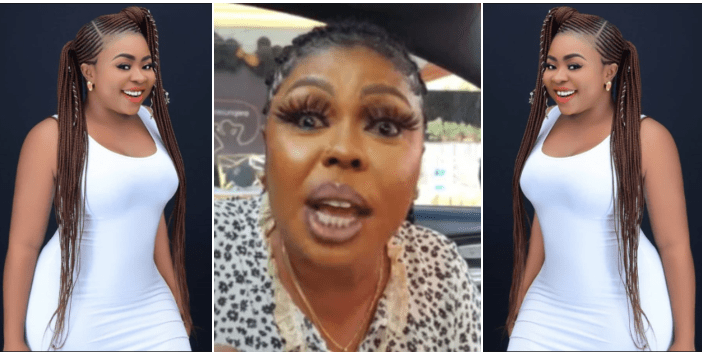 This follows her verbal altercation with fellow antagonist, Afia Schwarzenegger which monopolized social media a few days ago. Apparently, it wasn’t Afia Schwar who caused her arrest after alleging that she has contracted HIV and sharing her naked photos on Instagram. Safowaa explained that one man called Chris Nyamado was the one behind her arrest… 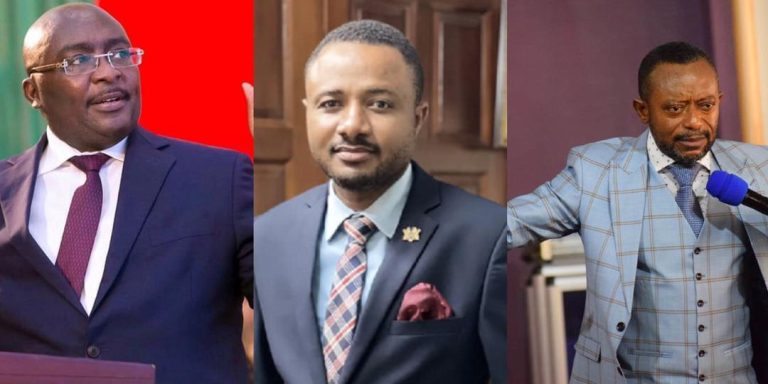 Outspoken Ghanaian security analyst, Adib Saani has expressed that all blame in relation to the recent ‘reckless’ delivery of prophecies should be leveled against Bawumia, the Vice President of Ghana. Speaking on TV3’s Midday Live, Adib Saani revealed that Bawumia stepping foot in the church of Rev Owusu Bempah to donate is part of the…