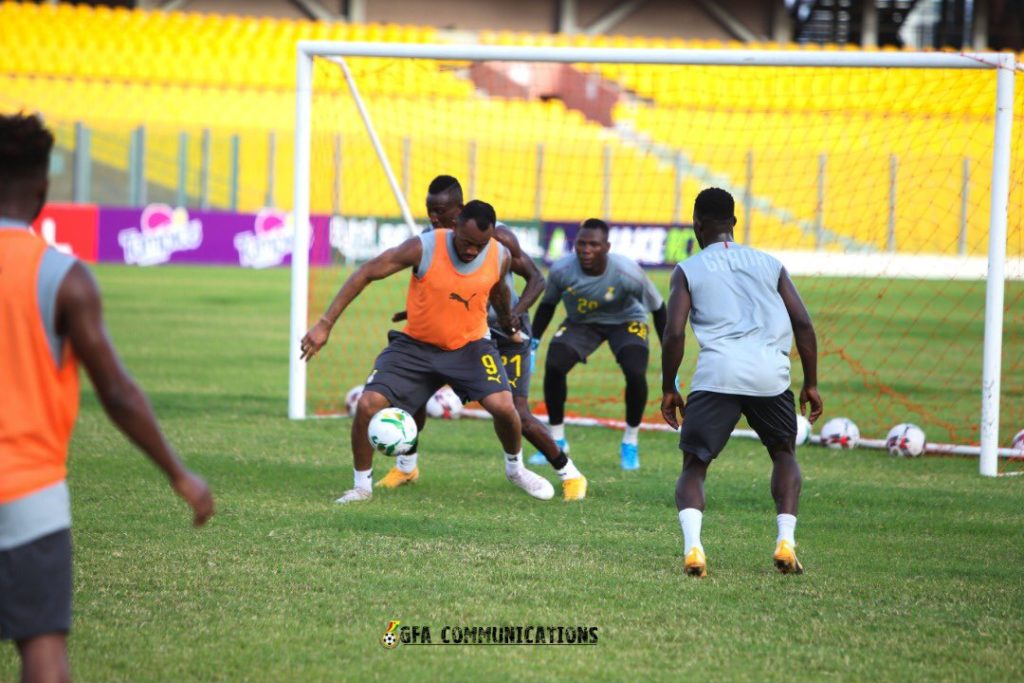 Ghana held an intensive training ahead of the final game of the 2021 Africa Cup of Nations qualifier against São Tomé And Principe on Sunday.

The West African giants returned home after holding the Bafana Bafana of South Africa to a 1-1 stalemate to book a ticket to the 2021 Africa Cup of Nations in Cameroon.

The result in Johannesburg saw the four-time Africa champions maintain their grip on the top spot with 10 points to grab a ticket to the continental showpiece.

The team returned to Accra in the wee hours of Friday, March 26.

Charles Akonnor and his charges plunged into training at the Accra Sports Stadium later in the day as they prepare for the final Group C game against.

The Black Stars qualified for a record ninth straight Africa Cup of Nations tournament after drawing 1-1 with South Africa on Thursday.

Check out the Black Stars training pictures below; 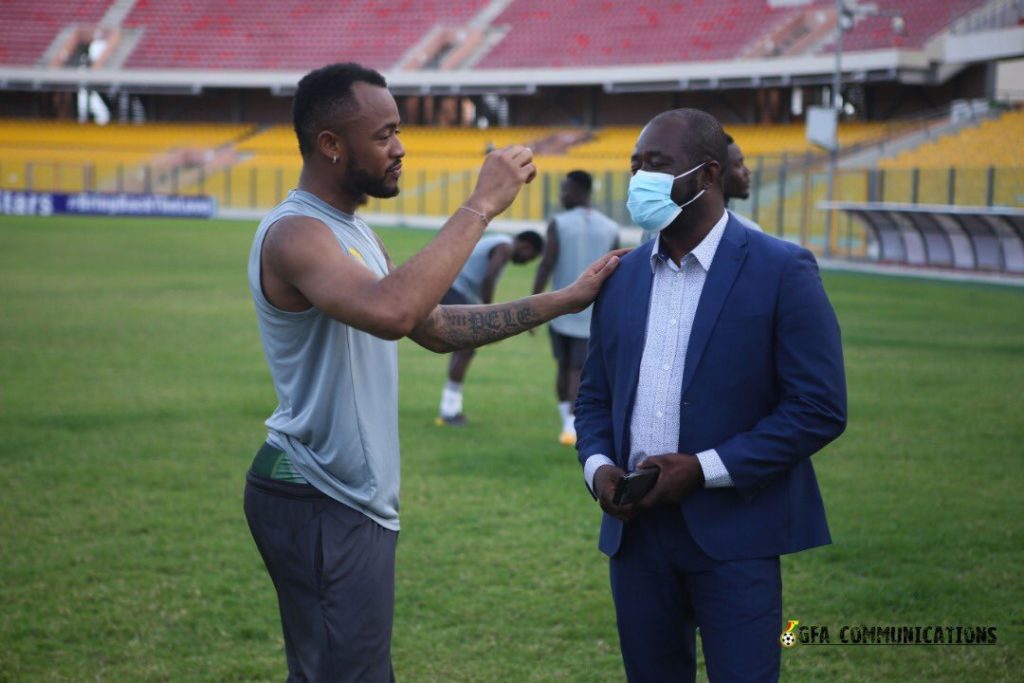 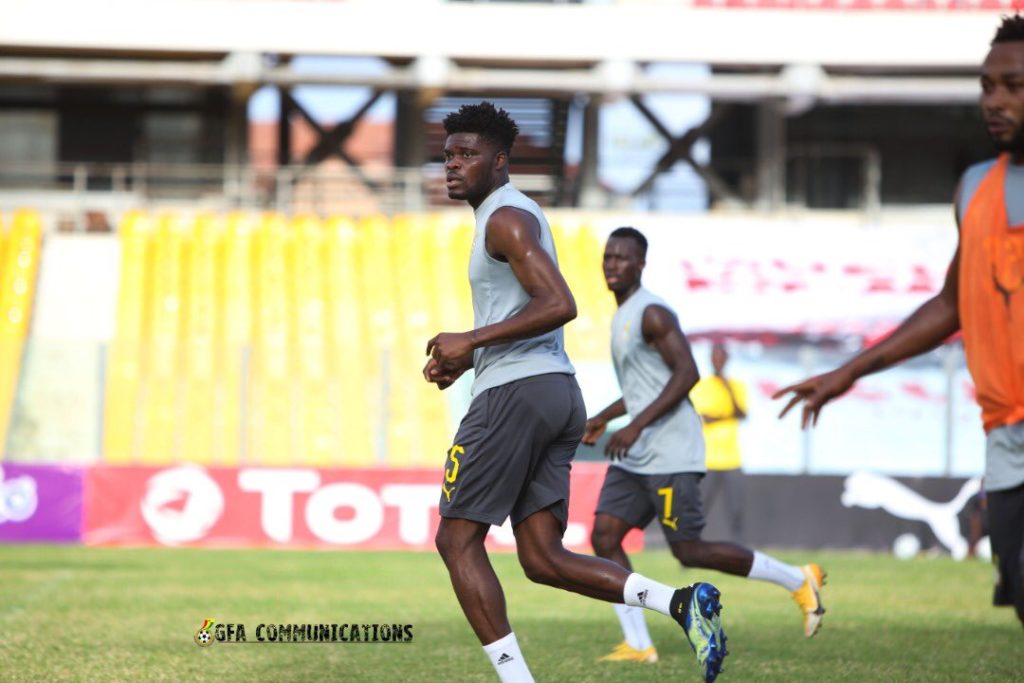 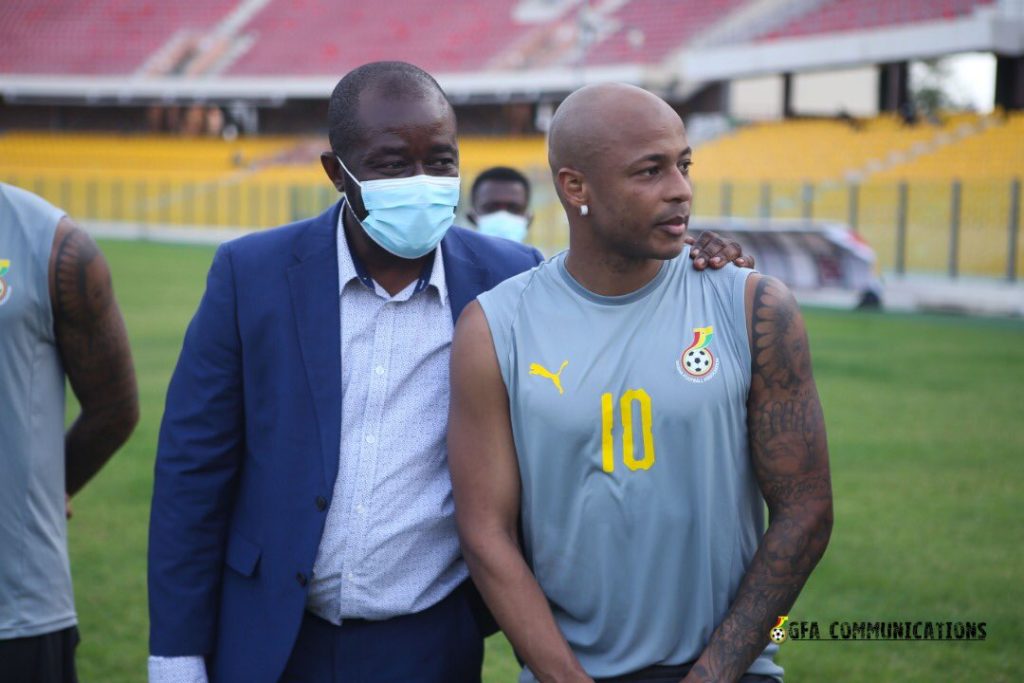 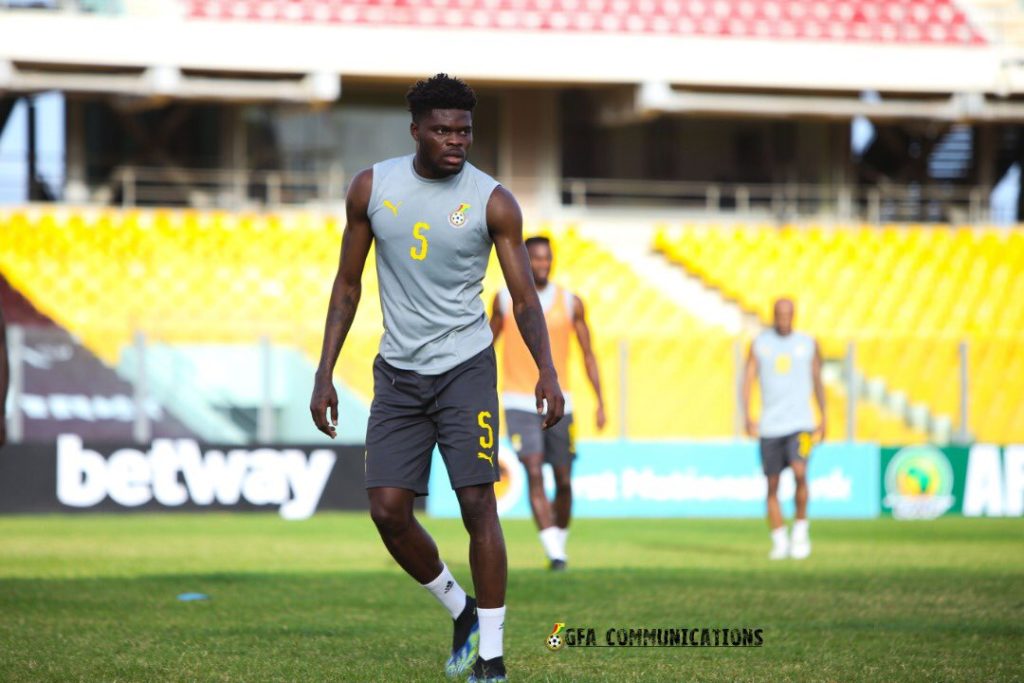 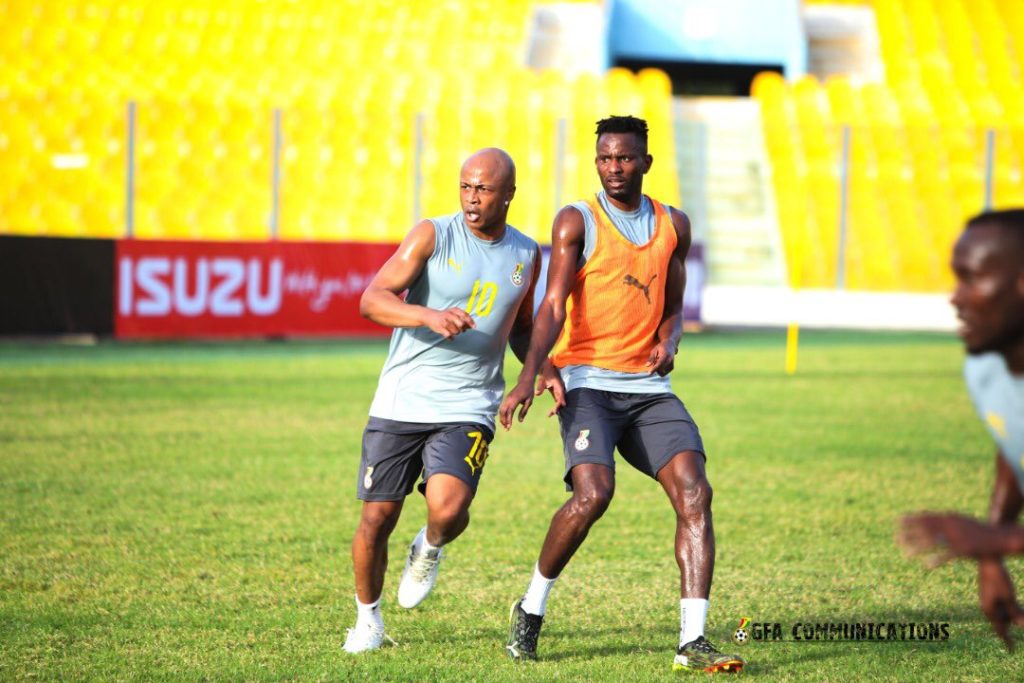 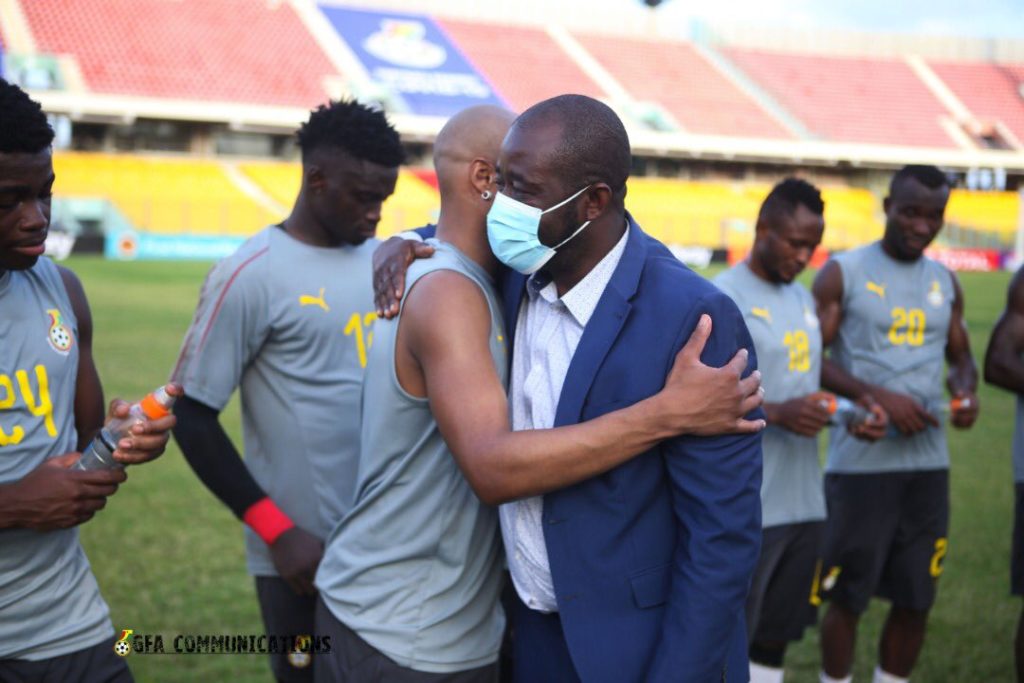 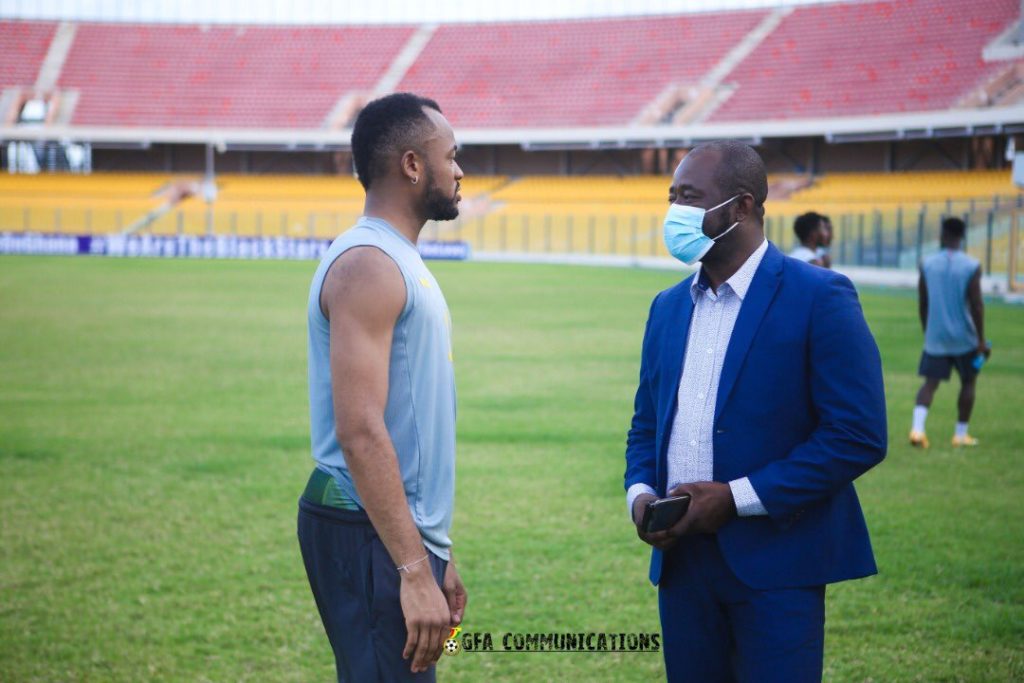 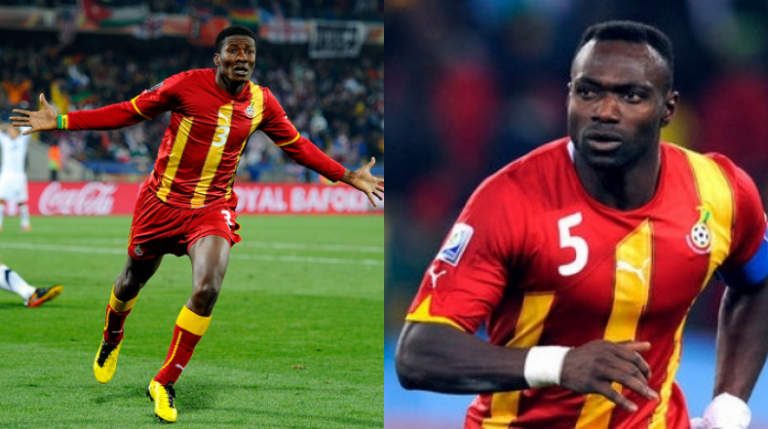 Former skipper of the national football team Asamoah Gyan has shared an interesting story of how his colleague and ex-skipper of the Black Stars John Mensah nearly beat him up in a dressing room after a football match. According to Asamoah Gyan, John Mensah who joined Sunderland Association FC in England on loan sometime in… 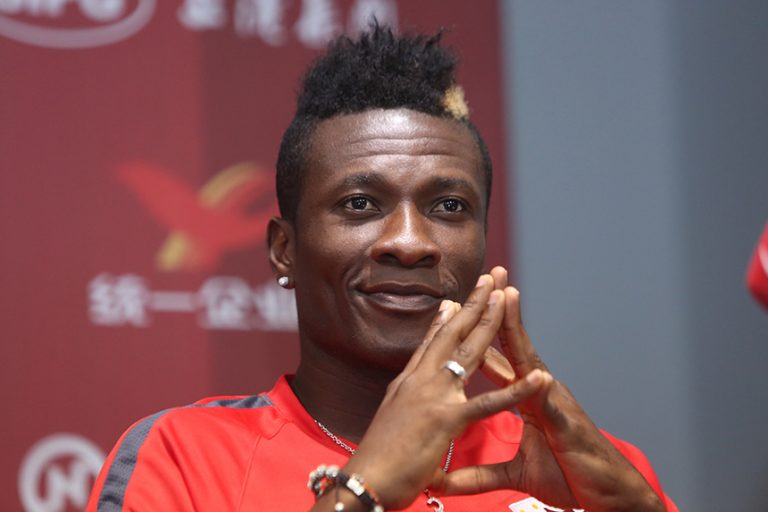 Bankroller of King Faisal Babies, Alhaji Karim Grusah, has warned politicians to stay away from Black Stars matters after issuing warning to the GFA over coach C.K Akonnor’s future. On Friday, former Member of Parliament for Tema East, Titus Glover dared the Football Association to try and sack coach Akonnor and see the consequences. “I… 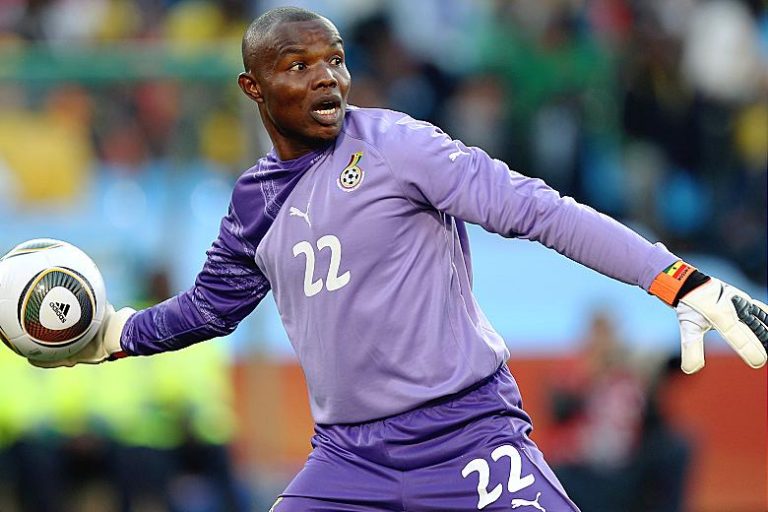 Former Ghana Black Stars goalkeeper, Richard Kingston, has said in a video that with his abilities, teams like Barcelona FC is what he deserves to coach. According to the current Black Stars goalkeeper trainer, coaching the Ghana National team is like coaching in a second or third division league. READ ALSO:  Ghanaian Forward Kevin Prince-Boateng… 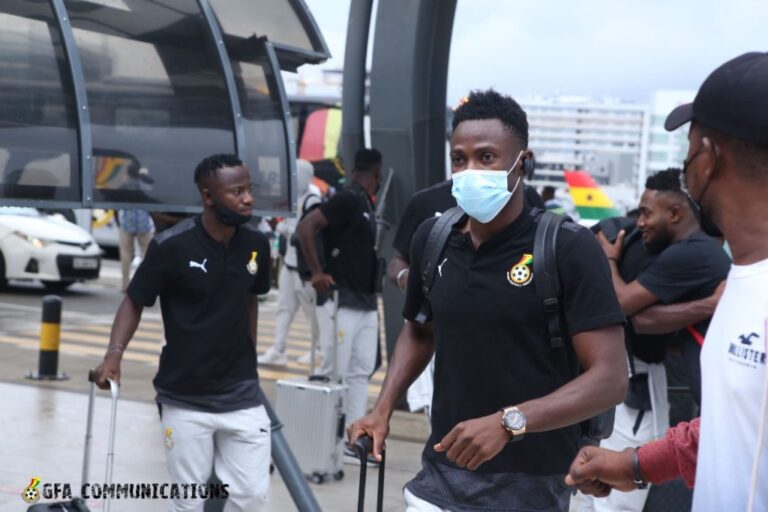 Ghana’s Black Stars landed in Harare on Sunday night ahead of their 2022 FIFA World Cup qualifying match against Zimbabwe on Tuesday. The two teams will square off again three days after the Black Stars secured an impressive 3-1 victory at the Cape Coast Stadium. 26 players – including England-based quartet Thomas Partey, Daniel Amartey,… 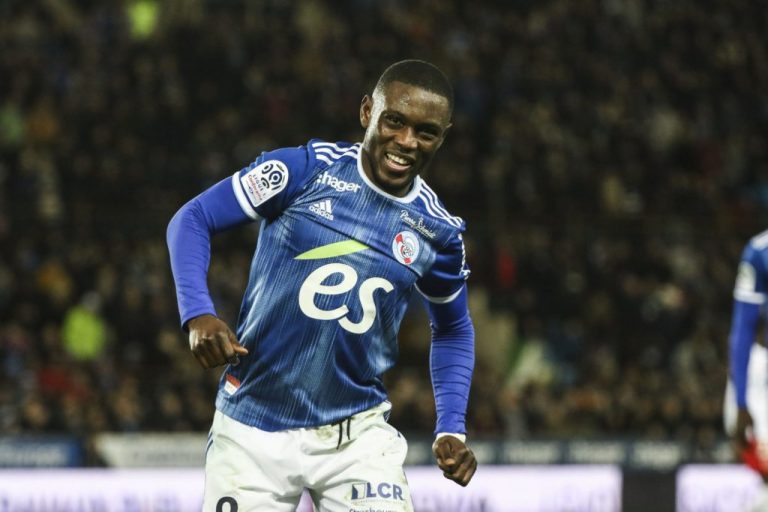