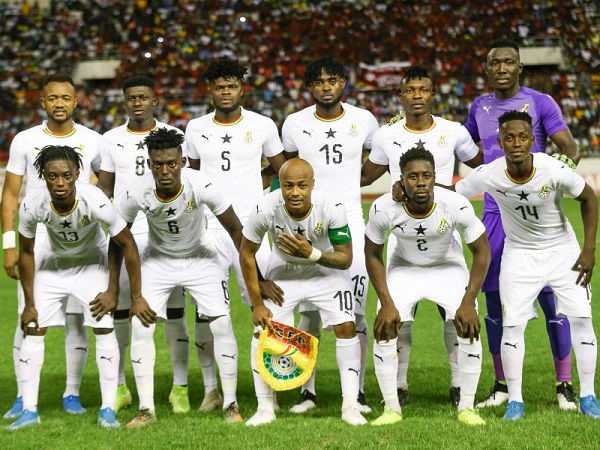 Four times African champions, Ghana, have been placed in Pot Two of the 2022 Africa Cup of Nations draw to be held in Yaoundé on Tuesday, August 17, 2021.

The Black Stars have been placed in a pot that has seven times champions Egypt, Ivory Coast- the last team to beat Ghana in a final, Guinea, Burkina Faso and Mali.

This means the Black Stars would face any of the teams in Pot 1, which has defending champions, Algeria, rivals Nigeria, Tunisia, Senegal and hosts nation Cameroon.

The grouping of teams into Pots is based on the official FIFA ranking, which Ghana currently sits on seventh position.

The Black Stars qualified for AFCON 2022 after finishing top of Group C of the Nations Cup qualifiers, winning four matches, drawing one and losing one.

The draw which will take place at Palas de Congres Hotel in Younde on the Tuesday, August 17, 2021 will see the 24 participating teams divided into six groups of four. 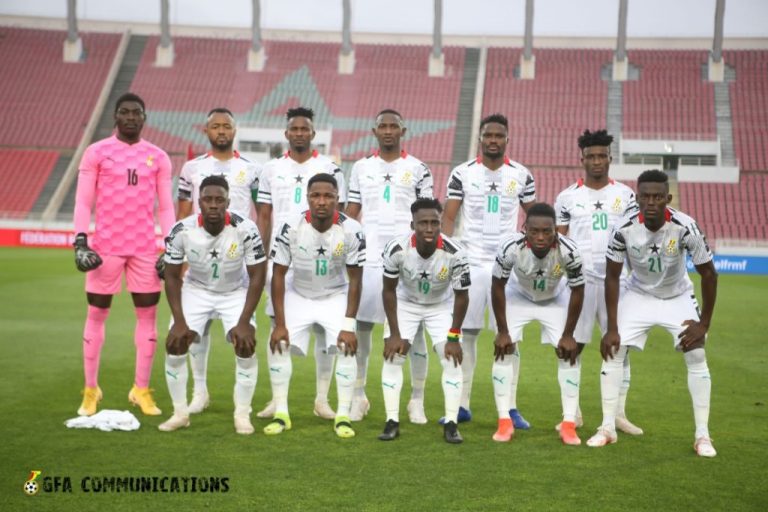 Former Ghana international  Augustine Arhinful says the current goal-scoring problem facing the senior national football team could be as a result of the system or tactics being played by the team. The Black Stars failed to score in their last two games, friendlies against Morocco and Cote d’Ivoire. Losing to the Atlas Lion in Rabat… 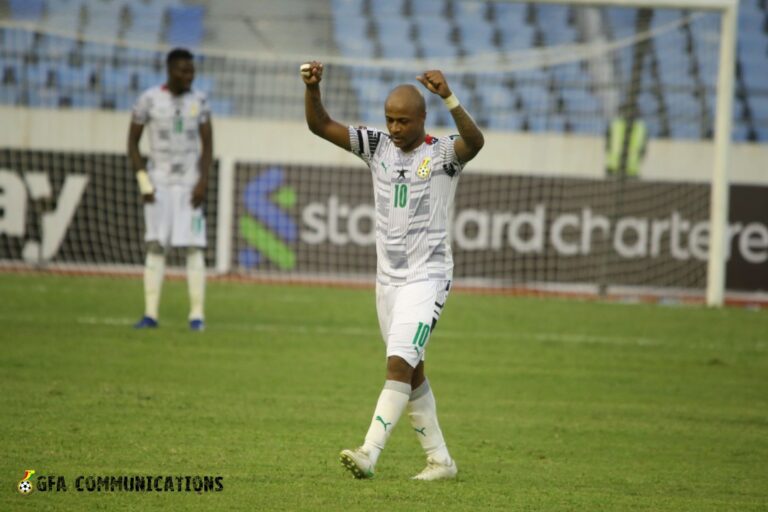 Andre Ayew believes in the Black Stars squad for the 2021 African Cup of nations, as he’s confident in the boys for winning the trophy for Ghana. The Black Stars captain reiterated his support for the players and believes they will play a key role if Ghana to win the tournament, whilst addressing the press… 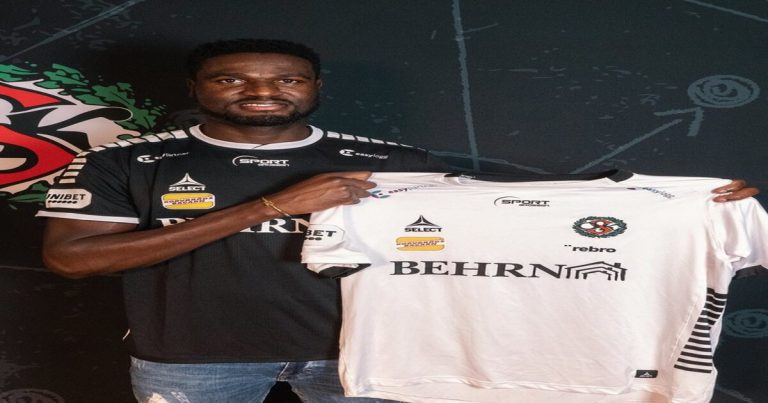 Ghanaian defender Nasiru Moro has joined Swedish topflight side Orebro SK. The 24-year-old former Accra Lions player signed a two-year deal with the club after leaving Croatian outfit HNK Gorica. Moro arrives in Sweden after a good campaign with Orebro, where he played 26 times and scored a goal last season. “It feels great to… 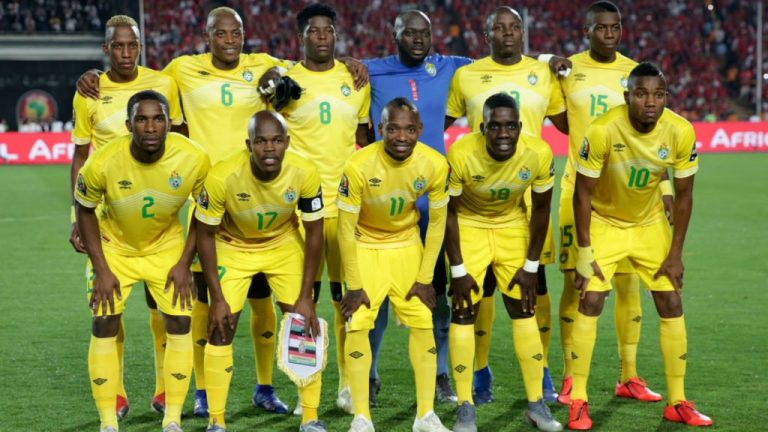 Zimbabwe will announce their squad to face the Black Stars of Ghana on Monday. The Warriors postponed the announcement to Monday as they wait for news on the easing of restriction for players from red-listed countries in the UK. Four of Zimbabwe’s key players ply their trade in England and will know if they can… 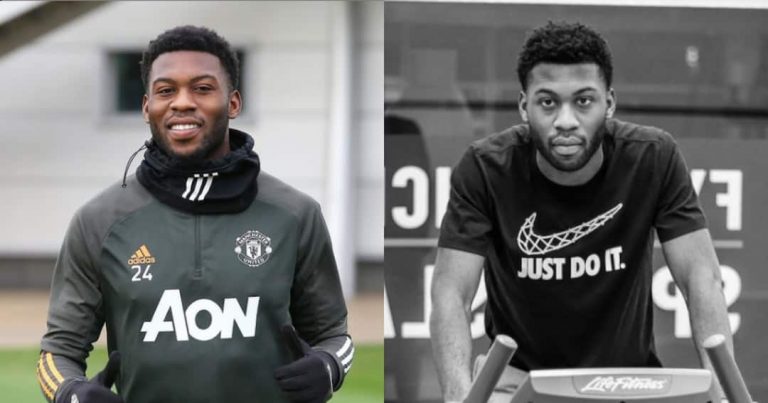 Dutch-born Ghanaian defender Timothy Fosu-Mensah has named his favourite Ghanaian musicians. According to the former Manchester United player, who is currently in Ghana for vacation, he used to listen to Castro’s songs a lot, and added that musicians like Sarkodie, King Promise, and Bisa Kdei were very good. READ ALSO:  AFCON 2021: Ghana Land In… 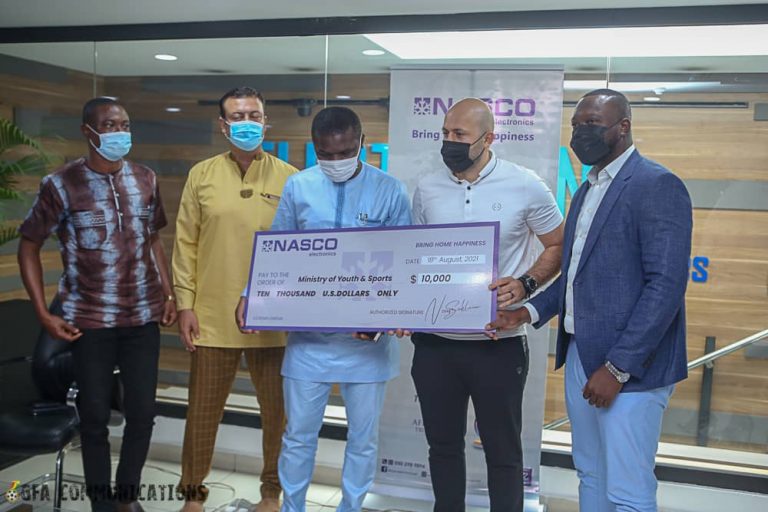 Ghana Premier League sponsor NASCO have presented a cheque of $60,000 to the Sports Ministry to support the Black Stars’ 2021 Africa Cup of Nations and World Cup qualifying campaigns. The kind gesture is the company’s response to the President of the Republic Nana Addo Dankwa Akufo-Addo’s call on corporate bodies to assist in raising…